(From left to right)

Leonidas I – One of the more honourable servants in the game, the King of Sparta is a beloved servant by many–especially after Babylonia because in Septem he just kinda… existed. Like that entire singularity did. He’s a very reliable character and one that also appears in events quite frequently. He’s also reliable in combat, being one of the better taunt servants. He has an NP gain effect on his taunt as well, and his NP is another taunt that lasts 3 turns alongside a defence buff. You’re probably planning for him to die which is mean but also his role, but he does have a 3 turn party-wide Buster buff so he can give you an extra nice bonus before dying. Still mean though, he’s such a nice character.

Caenis – Greek Mordred is a surprisingly funny and well-accurate way to describe this servant. Caenis is very rebellious, and also speaks very rowdy just like our favourite treacherous knight. I don’t know too much else and don’t want to spoil myself either, but I don’t think I’m too far off the mark here. Caenis is pretty good gameplay-wise as well, with a very nice attack buff and also a guts + damage cut skill. They also have the ”attack normally, increase stats and debuff enemies” skill, which is always nice to have. Oh, and they have Madness Enhancement EX so there’s always a 12% Buster Buff active, but also an 8% Arts buff. Pretty good servant overall, not necessarily a replacement for other AoE servants but still nice to have.

Meltlilith – A summer servant so I won’t go too much into detail about her character, though I do think it’s slightly different from regular ballerina? She also sports an awesome penguin suit that inspired quite a lot of fanart for other characters wearing that suit at the time. She’s another excellent AoE Arts servant that shares a looping role together with Fionn, but unlike Fionn she can infinitely have her Arts buff on. Just like Melt, she can also steal the NP charge of other allies for herself because the only servant you’ll ever need is Melt.

Romulus=Quirinus – Didn’t we just talk about someone called Romulus? …Who was that again? ROMA decided to jump into the Saint Seiya universe and return as a Grand Lancer, and rightfully so. I can’t speak too much about his character since I don’t want to spoil Olympus too much for myself–even though I basically already know everything–but I still hear him shouting ROME with every attack so I don’t think I’d be wrong in assuming this is Romulus alright. He is slightly more complicated to use in battle though; still very good, but his gameplay is mostly revolved around his niche to turn everyone into Rome. It’s funny because him being in FGO actually buffed the biggest Roman hater out there, Boudica. Once you get used to how his skills work, he’s pretty fun to use. He’s not a broken Grand servant like Merlin or Super Orion, but I like his skillset for sure.

Hektor – The guardian of Troy was yet another Greece servant introduced in the third singularity and mostly just existed. They didn’t really bother too much with early game servants and their involvement in the plot, but I do believe he plays a role again in Lostbelt 5 so I’m looking forward to that. I like his personality though; he’s an old mad with not a care in the world, but that’s mostly just his outerior expressions. He is quite serious, but he won’t show it. He’s a pretty okayish servant to play with; not the best in his role, but not the worst either. I unfortunately don’t use him as often as I want to, but he’s still a nice servant to use if you’re in need of an AoE Buster servant.

Ereshkigal – The universally acknowledged better Rin Tohsaka this time comes with blonde hair. She’s still a tsundere, but a better one than pretty much every other version of Rin if you ask me. I would even go as far as to call her adorable, and that’s usually not something you say about the goddess of the underworld. Then again, Japan. She’s a lot sweeter than what her role forces her to be, and I like that. She is also pretty nice gameplay-wise, having skills that both focus on offence- and defence which turns her into a DPS/Support hybrid. She can do a pretty good job at both and it therefore almost always a viable servant to bring with you. Unfortunately she hasn’t visited my Chaldea yet, but I’m definitely going to attempt to summon her again in the future!

Bradamante – Exhibitionist likes to show her behind to people, therefore not allowing you to play this game in public. I love Bradamante’s design–especially because it’s done by the artist of Xenoblade 2–, but the fanservice part of her NP is highly unnecessary in my opinion. Regardless, I do think I will like her character but I can’t say yet for certain. Also, her voice gets really grating after a while. She’s a Quick-based AoE lancer with a nice skillset, though unfortunately she can’t really loop. This wouldn’t really matter too much, if there weren’t two other lower-rarity Lancers who can do that job and then some. Still a good servant, but not someone I’ll roll for personally.

Parvati – Sakura Matou decided to become Indian, and also become one of the most compatible servants with the Skadi system. Unsurprisingly, her character is also mostly the same as wormgirl. Not a character I’m personally too fond of (do I even like any Fate/Stay Night heroines…?), but she’s still a dependable kouhai. But when people mention Parvati, it’s often due to how excellent she is as a farming servant. Not even taking class advantage into account, Parvati can continuously loop her NP, and buff herself so that she can do so more consistently while also doing even more damage. Even without Skadi to support her, she’s still able to loop quite easily. Excellent servant to play with, and I definitely use her often.

Vlad III (Extra) – Dracula before he became Dracula is the younger version of Vlad III, appearing as a knight who loves his country and will impale all evildoers. Though his appearance is definitely… not looking like a hero, he is summoned as the one worshipped by the inhabitant of Romania. I do like this interpretation of him as it has nothing to do with the Dracula-side of him the world made him out to be, and instead just the hero of Romania. Don’t worry, we’ll get to actual Dracula later on. As a servant, Vlad is a very solid servant that can dish out a good amount of damage to evil servants, but also everyone else. Unlike most servants that have Imperial Privilege, Vlad’s is slightly weaker but not dependent on chance. Having access to a skill that generates critical stars per turn at the cost of a 1 turn taunt is also definitely a nice skill to have. I do believe it’s about time he gets a buff, but he is still a nice servant at the moment.

Li Shuwen – Surprisingly one of Fate’s most appearing characters, One Spear Man suddenly showed up in the fifth singularity for literally no reason and then became a servant at Chaldea. He’s also addicted to fighting, constantly looking for a stronger opponent. He’s a good character overall, and it comes as no surprise that he’s part of so many holy grail wars. I got him NP5 myself as I was rolling for someone else who I can’t spoil yet, and he’s most definitely a fine ST Arts Lancer. The only problem with him is that all of his skills only last 1 turn, and they have a cooldown of 6 at level 10. He’s definitely in need of a buff, as he’s far outclassed by Nagao Kagetora who is also a welfare servant so free to get. Give this man some love DW.

Tamamo no Mae – Summer servant so I won’t go into details too much, mostly because it’s your usual Tamamo but a bit more… obvious in that she likes master. This seems to be a trend with summer servants from the first summer event huh. She’s pretty much on the border of being in the like tier, but there are just too many awesome Lancers. Just wait a little bit longer till we get to your OG form Tamamo. She is not the easiest servant to use in battle, mostly due to her skillset. The second one is a nice defence debuff and charm, but it increases the enemies’ NP gauge. The third skill is an all-around buff on multiple fronts, but will result in a stun the next turn. Knowing when to use the skills is mastery to using Tamamo Lancer, but she’s fun to use regardless. Especially against male enemies who should probably defend themselves in a… specific place.

Nezha – Nezha’s introduction in FGO was so weird. She appeared during the Journey to the West event very briefly, then disappeared for a year, only to suddenly resurface in Salem without even a simple introduction. She’s literally just there. She did get an interlude right off the bat and it seems like she will be important in both Lostbelt 3 and 4, so here’s hoping we’ll see more of her in a proper way. Because her character is… eh? They’ve made her talk like a robot and that distracted me from her actual characteristics. But from what I can remember, she’s pretty much expressionless and is an ally of justice. As for gameplay, she’s a nice AoE Buster Crit servant, with all of her skills making sure that she excels at this job. Pretty standard servant, but will still do the job very well. 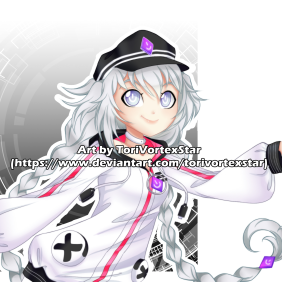